In the early 1970s, our company’s founder, Manfred Volker, operated a discotheque in which he wanted to install a complex light and sound system, having been inspired by “Saturday Night Fever”. He asked some electrical engineering students for help who were eager to try out a rather new technology for the time. Instead of the usual complicated wiring of components, this method saw the wiring attached and etched onto copper-layered pertinax plates so that the electronic components were only connected by means of so-called conductor paths.

Manfred Volker was so enthused by this innovation that he supplied the necessary materials to make these novel circuit boards and, with the students, he built chemical baths and a small drilling site in the basement where they experimented, and naturally his new ‘little laboratory’ soon became common knowledge at the Technical College from where interest in his innovative circuit boards grew and spread. 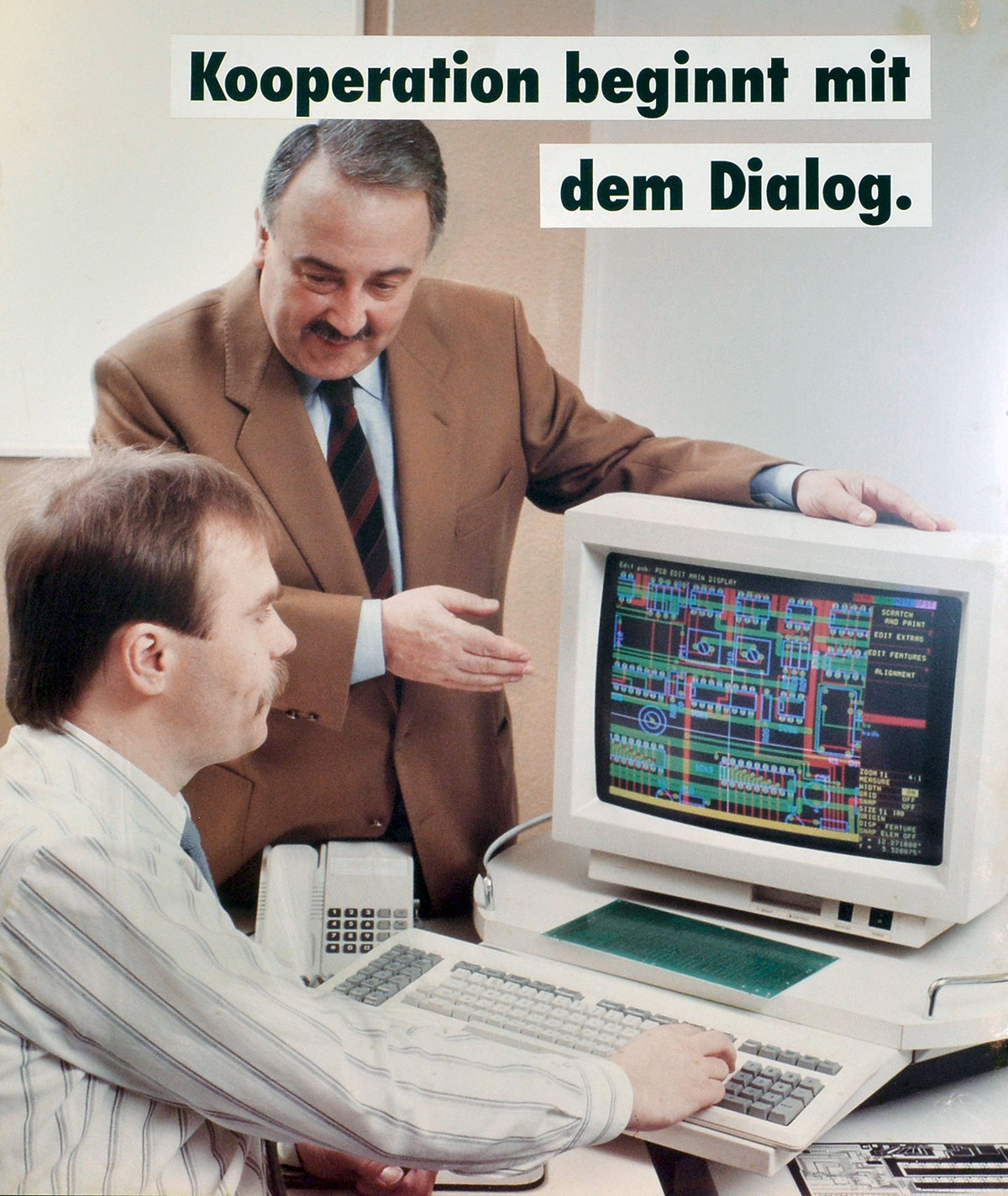 Finally, in 1977, Volker’s growing success and technical enthusiasm culminated in the official founding of Precoplat GmbH to manufacture precision circuit boards. In 1983, the subsidiary MicroCirtec GmbH was founded. Both companies are located under one roof. From an erstwhile experimental basement hobby, Precoplat GmbH and MicroCirtec GmbH developed into highly modern medium-sized companies, today employing a work force of 75 with an annual turnover of approximately 12 million Euros.